The Good, the Vlad, and the Ugly

I was talking to a group of friends about who is on my list of Top 5 rappers and for me, Kanye West is at the top of that list. 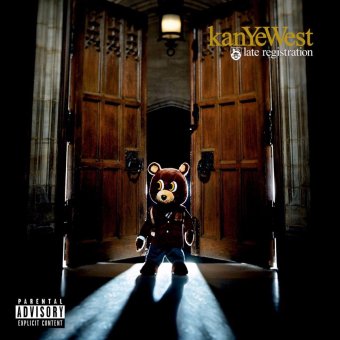 From that time on I got my hands on everything Kanye West that I could. Not only did I memorize the lyrics, but I made it my mission to understand all the analogies, metaphors, and allusions in the songs. I even remember arguing at church about how “Jesus Walks” was a gospel song. Judge me.

I’ve noticed however, that those who would agree and confess that Kanye West is musical genius still express their dislike and sometimes deep disdain of him. According to them “He’s so full of himself” or “He’s way too cocky for me.”

What they usually are referring to is not just the change in the sound and content that Kanye fans feel took place on his last two albums over the last few years. Some refer back to is his infamous moment at the VMA’s when he took the mic from Taylor Swift.

Others refer back to the time he called himself a god. Or compared himself to Walt Disney, Shakespeare, and Warhol all in the same breath.

For others it was the time he berated Sway with the classic quote, “YOU AIN’T GOT THE ANSWERS SWAY.”

People have even taken to Spoken Word poetry to voice their dislike over the latest decisions of Mr. West.

But could it be that the same thing we dislike in others, are the things that can be found in us?

Is it possible that the only difference between the pride in Kanye West and the pride in your heart, is that you don’t have the platform or opportunity to voice those feelings?

I’ll admit that pride has been something that I’ve had to address in my own heart. For me pride comes in the form of comparing myself to others, defensiveness, and an unhealthy desire to be great. For the most part, these symptoms of pride are kept secret because for the most part they are silent. But most of us know that just because it hasn’t been verbally expressed doesn’t mean that it hasn’t colored your actions and attitude.

Although sometimes silent, pride can and will show up in your personal life. Pride no matter how silent and secret you think it is to others, will always reveal itself in your actions. Whatever is in your heart, will eventually overflow into everything you do.

Pride is a poison that masquerades itself in a variety of forms.

For some of us pride has poisoned the way we approach relationships. Our pride has us focused on what I want, what I am entitled to, what I think is right.

For some of us our pride is pricked when someone asks us to do something that we consider beneath us, condescending, beneath our skill level.

For some our pride causes us to desire higher positions and levels of power and influence, but in order to achieve that our pride will justify shady moves, backbiting, and gossiping.

For some of us it is our pride that drives us to gossip and spread rumors about others, because in someway it gives you a feeling of importance and superiority over the person you’re gossiping about.

For others of us our pride has made us overly sensitive to the point where even helpful advice can be misconstrued in our minds as criticism of our characters.

Mix pride with power and you have what we are seeing in Hollywood today: men whose pride has made them feel entitled and empowered to take sexual advantage of other individuals not as powerful as them.

One of my favorite authors Andrew Murray wrote that “Pride must die in you, or nothing of heaven can live in you.”

Pride is an issue that must be addressed by anyone who wants to be all that God has called them to be. And if there’s one thing God hates, it’s pride.

God resists the proud but gives grace to the humble. (1 Peter 5:5 NKJV).

The opposite of pride is humility.

For my Kendrick Lamar fans, “BE HUMBLE.” But how do we move from Pride to Humility? I believe we can make that shift by studying the most humble person to exist – Jesus.

If you were to take a look at the Gospels, you’d find story after story of Jesus putting others before himself. You’d find someone who didn’t need the praise or compliments of the crowd, but found his satisfaction in the praise of His Father. You’ll find in Jesus, someone who didn’t wield his power for his own advantages but instead used his power to help and heal the ignored and the marginalized. Even when people insulted and demeaned Jesus, basically calling him a demon and a bastard child, he responded in love. His level of humility and love for others was on such another level that He accepted to die on a cross.

When Paul was trying to teach a church how to be humble, he didn’t point to other Bible characters like Moses, David, or even himself, he pointed to Jesus as the prime example.

Humility is a character trait that God is trying to develop in each of our lives. Humility is such an important characteristic that it’s one of the Fruits of the Spirit. Humility is a sign that you have not only been around Jesus, but that He lives inside of you.

Jesus is the only antidote for a heart poisoned with pride.

So every morning for the past few weeks, especially in moments where I feel my pride creeping up, I’ve been listening to Philippians 2 before I go to work. By doing this I’m reminding myself that if Jesus can be humble and think of others going through all that he went through, what’s my excuse?

Leave a comment and let me know what you think!

There was an error retrieving images from Instagram. An attempt will be remade in a few minutes.